I attended undergrad and grad school.

I started my company, Bigger Than Your Block, back in 2008.

I have traveled to 18 countries on 5 continents.

I was a foster kid that aged out of the system at 17 years old.

Fewer than 3% of foster kids earn a degree. I was one of the lucky ones. There shouldn’t be “lucky ones”. We have to do better.

I found this list of scholarships and grants for college students that are wards of the state. The Fostering Access to College Education (FACE) page has tons of good stuff.

First, eligible current and former foster youth may apply online for the Chafee Grant at www.chafee.csac.ca.gov. Grants are for eligible applicants ages 18-23 for up to $5,000 to assist with college tuition or job training. Youth must have been in foster care at or after the age of 16 to be eligible.

Other valuable sources for scholarship money are as follows:

Finally, you may search the internet for other private scholarships by using a free Web–based search engine. Try www.fastweb.com or www.collegeboard.com/pay. You should never pay to find, apply, or receive a scholarship. 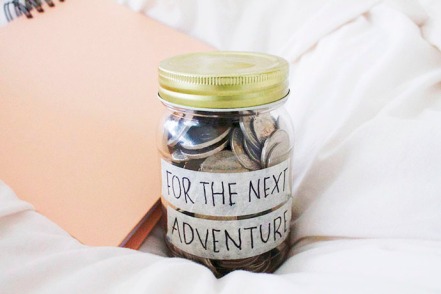 After spending most of March in southeast Asia, I’ve traveled to 18 countries on five continents. Nothing has changed my life as much as getting out into the world and seeing that there are tons of ways to do things and the way I learned certainly isn’t the only, and is possibly not the best, way to do things. If you’ve been wanting to travel, this may be the best way to get started – with someone else’s money! Lol

I saw this on the Growing Up Bilingual Facebook page:

Explore the World travel scholarships: HI USA is awarding 4 $2,000 Explore the World scholarships this year to individuals who are 18-30, permanent U.S. legal residents, live or go to school in one of the 14 participating U.S. cities, and who plan to incorporate education and/or service into their international travels. Application deadline is May 15, 2016.

Student
Parent of a student
Youth educator
Adult
Other

The MCCA Lloyd M. Johnson, Jr. Scholarship Program provides scholarship support for newly entering first year law students. The Scholarship Program will provide scholarships at $10,000 per year for up to three years. The total commitment per student is up to $30,000. In addition, several students will also receive a one-time award of $10,000 to assist with their first year expenses. MCCA intends to foster mentoring opportunities for the selected scholars as well as assist in the placement of the winners in paid summer internship positons with corporate law departments during the summer immediately following successful completion of their first year of law school.

Ten $1,000 Student Student volunteers and scholarship applicants are needed for the 84th Annual Conference & Trade Show in Boston, MA, which will take place July 24-28, 2009.  Attending and volunteering at the Annual Conference & Trade Show is an invaluable experience for students to learn from and network with industry professionals.  All students who volunteer will receive full conference registration.  IAAM Foundation Student Scholarships are a great way to further offset trip expenses.  This year up to 10 student scholarships in the amount of $1,000 each will be awarded.

DETROIT (AP) — Michigan this weekend is announcing qualifying locations for a new program aimed at providing more college scholarships to high school graduates in 10 low-income areas of the state.

A measure signed into law in January by Gov. Jennifer Granholm allowed the creation of 10 “promise zones,” and 14 communities submitted applications. The legislation was modeled somewhat after the Kalamazoo Promise, which guarantees free college tuition to graduates of Kalamazoo Public Schools.

“Communities need this powerful new tool to take charge of their economic futures,” Granholm said in a statement. An official announcement was planned for Sunday.

Communities, relying heavily on private funding, must prove they have enough cash to run their college scholarship programs for two years before they could get matching funds from the state. At a minimum, the programs must provide students living within the “promise zone” tuition for two years at a community college.

“This initiative is one of the most creative ways to give children in these areas of higher than normal poverty a new lease on life,” Melton said in a statement.

As a company dedicated to helping people feel better, we’re proud to support the future of healthcare with our annual TYLENOL® Scholarship program. Now in its 17th year, the program helps students who are pursuing careers in the healthcare, life sciences, or related fields manage the rising costs of education.

This year, we’ll be awarding $250,000 in scholarships based on leadership qualities and academic performance, including ten $10,000 and thirty $5,000 grants.

First off, everyone is ethnic because everyone has an ethnicity and we can’t think of one ethnic group that doesn’t have scholarships for students.

I took a poll around the office to make sure that I’m not crazy (well, that one came back inconclusive) to think that scholarships based on ethnicity are not racist. I have to admit, it never occurred to me that anyone would think that until I read a post from a student this morning. Her post led me to this article about how some kids in Boston are saying that scholarships directed towards students of color are racist.

Anyone that has ever searched for scholarships knows that there are scholarships for anything, and everything, under the sun! I have seen scholarships for tall people, wearing Duck Tape to prom, and for having the last name Zolp. Each group has the right to raise money and distribute it as the group sees fit.

It’s silly to tell a group that they can’t help students who believe in thier mission get throught school.  Happy scholarship hunting!

We began talking about scholarship scams a little on today’s radio show. I just read this article and thougt it was a perfect compliment to the discusion. It lays out, quite clearly, the different types of scholarship scams.

We don’t believe in reinventing the wheel, so we’ll as you to read the article at your leisure and post any questions you may have here or DM us on Twitter.

We also talked about scholarships for foster kids and orphans on this week’s radio show. I am starting a list of scholarships available. Please post any that we don’t know about.

United Friends of the Children Scholarships

Seek out more scholarships. There are people that want to help us attend, and graduate, from college.

This article on reading the financial aid package clearly is invaluable. It clearly breaks down the differences, and what you can expect, from scholarships and grants.

Remember: scholarships and grants are monies that you don’t have you pay back. Loans, you always have to pay back.

Most students will get a package that has an offer for grants and loans. Scholarships must be applied for. Start looking early and apply for every one you can. Many scholarships are not even awarded because no worthy people apply. I reiterate: apply for every grant that you believe you qualify for.

Wards of the state (i.e. foster youth and orphans) are usually given independent status instead of dependent status as we have no one to depend on. This affords us the ability to receive more grant money and fewer loans. If this is a bit confusing, call in to our radio show on Tuesday, April 14th at 10am to ask your questions.

Girls aged 11-19 can submit a visual, literature, or video piece responding to the question, “Who is the most beautiful woman to you?”

All entries much be submitted with a completed Entry Form ( Download here , or Email: Emily@empoweragirl.org)
All contestants much be 11 to 19 years of age on May 13, 2009
By entering, the artist gives Girls Helping Girls permission to use their artwork for promotional, non-commercial purposes.
Entries must be original
Subject matters must be related to the theme
Contestants are limited to a maximum of 2 entries per person
All entries MUST be submitted and received by May 13, 2009
Submission:
Contestants can either sent their submission online via email to emily@empoweragirl.org or send it via mail to:
45945 Sentinel Place
Fremont, CA 94539

Judging:
All submissions will be judged according to creativity, originality, personal connection to the theme.

To be eligible for the scholarship, an individual must, in addition to the requirements, be a full-time student with a GPA of 2.5 or higher, demonstrate financial need, show an understanding of Latino culture and be involved in extracurricular activities.

The application is available online on the PLAC Website at http://www.pasadena.edu/about/president/plac.cfm.

Applications can be submitted to the Office of Scholarships and Financial Aid (L114) by April 17.

Selected students will be notified by May 1.

I read about this contest on About.com:

Arnold Breads is giving kids the chance to win money for college and for the classroom by sharing their favorite sandwich in their Best in Class Sandwich Challenge Contest.
To enter, submit your favorite original sandwich recipe. Entries will be judged on the basis of their originality, healthiness, and how easy they are to make.

Each of the four grand-prize winners will receive a $1,500 US Savings Paper I Bond in the to use for continuing education and a $5,000 check for the winner’s school to be used in the winner’s classroom. Homeschooler’s may also enter. Check for $5,000 will be donated to charity of the winner’s choice.

We post legitimate scholarship information as soon as we get it. We want to make sure that no one misses an opportunity due to our inactivity. In the spirit of being helpful we would love to share this article about scholarship scams.

As a general rule, legitimate scholarships do not require a fee to apply. Scholarship sites will not pressure you to “apply now”. Scholarships usually have a date listed and provide ample time for you to get the requisite essays, transcripts, applications, etc. together.

Read the article for a clearly laid out description of 23 different ways to spot a scholarship scam.

MYARTSPACE is giving away $16,000 cash Scholarships for students to continue their education in an approved MFA, BFA or higher level degree program for the arts. The 2009 scholarship amount of $16,000 will be divided equally for an undergraduate and graduate competition.